As not only the Programming and Social Media Manager at 24 Kitchen Street but also an insanely talented upcoming Techno DJ, Nikki Chong is without a doubt a vital piece of the Liverpudlian electronic music puzzle.

From lighting up dancefloors at scouse raves to performing at clubs and festivals all over the world, it’s a very exciting time for Nikki as her career in the music industry continues to blossom.

I caught up with Nikki just before her Scottish debut at Room 2 in Glasgow, here’s what we chatted about.

How did you start DJing?

“I was working as a lighting technician at a club back home in Australia so I was always around the club scene and music. And basically, there was a nation wide DJ competition where they would give you lessons and you all got to perform at the end of it and whoever won got to play at a festival overseas, that was like the grand prize. And yeah so I won the competition and I got to play at Snowbombing in Austria, it was an all expenses paid trip so that was quite cool! After that, I went on to do a residency at the club that I was already working at. And after meeting my boyfriend, Krissy (AKA Melé) at Snowbombing so it was kind of like, do I move to the UK and see how the DJing thing pans out or should I stay in Australia. As the UK was so well known for its club scene and the music I wanted to play wasn’t so big in my small hometown I decided to move to Liverpool!”

You mentioned that the music you wanted to play wasn’t very popular back in Australia, what is it about genres such as techno, acid and rave that appeals to you so much?

“So the mix I did for the competition was basically like everything and anything so I went from playing Techno to Breaks to House to Tech-House and even Rap and a Jazz band's version of Star Wars to finish! The residency I had was like Melodic and Minimal Techno which was good because it gave me the foundations and an understanding of how to warm up a venue properly and I think in Australia particularly it’s based more around the resident DJs than external promoters bringing in headliners, they focus on locals that they consistently book which is how my Sunday night residency came about. I couldn’t really play anything too hard as Sunday was the industry night so it was mainly hospitality people and it was never that busy, so in terms of playing harder stuff you just couldn’t as there was never that many people in the room. I definitely wanted to play harder and different stuff but to be honest, my music will change depending on who I’m supporting as well. I don’t think there’s any point playing really fast Techno music if you’re playing a warm up slot for someone who doesn’t even play techno. And from a venue's point of view, if someone does a good warm up set, that’ll probably get noticed more and we’d be more likely to book them again.

In a way I feel like I maybe should’ve gone to Berlin to do Techno but at the same time I love really fun House and Disco music too and I think that if you’re doing Techno in Berlin, it’s quite like serious. With the scene in the UK, you can be much broader with things like that” 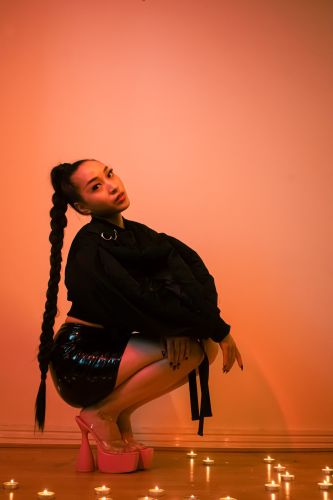 Could you tell me a bit about what you do at 24 Kitchen Street?

“I worked as a Bartender and then moved up to Assistant Manager before making my way to General Manager, I then left to go and work in Manchester for a bit and before coming back on board as the Programming and Social Media Manager. I now look after all marketing things for Kitchen Street, The Green Room, Baltic Weekender, The Wonder Pot and Hot Plate as well as Club Bad on the side. So I look after all those accounts as well as helping out with the bookings and stuff like that too so it’s quite a multifaceted job but obviously it’s not just me, it’s very much a group effort. On the whole it’s lots of bookings, sorting transport, payments, lots and lots of invoices, diary management and liaising with external promoters as well.”

What’s the scene like in Liverpool at the moment? There seems to be lots of different events popping up all over!

“Before Covid, there were lots of different promoters doing their thing, some of them survived but some of them haven’t, but I also think that’s quite a natural thing where like a lot of them will do it when they’re young and all of a sudden they finish uni and either don’t have the time or don’t live in the city anymore whereas others will do really really well! From what I’m seeing in the current scene, the Tech-House thing is still doing really well, Modello in particular have done really well, they started here with Kitchen Street but more recently booked Ewan McVicar at Invisible Wind Factory and they absolutely smashed it there. The biggest trend I can see right now is definitely Techno, there’s lots of new promoters coming through wanting to do Techno and it seems to really be having its time as Tech-House did a few years ago.” 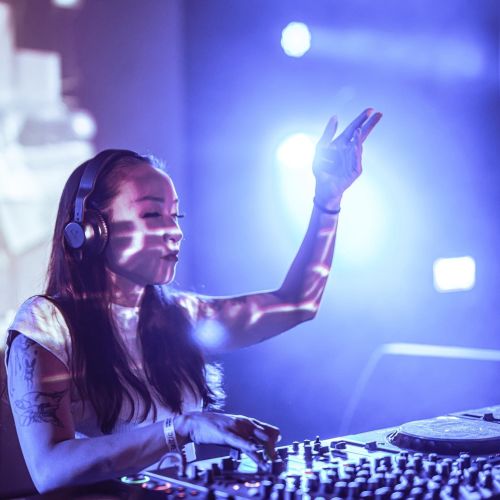 You’re about to make your Scottish debut, performing alongside Melé, Jamie Gunn and Kilimanjaro at Room 2 in Glasgow, how are you feeling ahead of this gig?

“So Kilimanjaro came down and played alongside me for Club Bad so we linked up that way and he watched me play there so that’s like where this booking came from. I don’t really know how to get booked outside of Liverpool without an agent, for example if you’re sending mixes to venues you might not even get noticed. Again from a venue's point of view, I love when people send us mixes to Kitchen Street but sometimes we just don’t have the space. But yeah this is going to be the first time I’ll be playing outside of Liverpool since moving here which is exciting but we’ll just have to wait and see if anything else comes off the back of it.”

This summer looks to be a busy one, with a calendar full of festivals such as Baltic Weekender and even Palm Tree Festival in Croatia, how are you feeling going forward into the summer months?

“I feel like I’ve reached a point where I feel a lot of pressure to start making my own music, I feel as if I've passed that point in Liverpool of being that fresh face that’s warming things up. The next natural step would be to make music and there’s not many DJs on that next tier that don’t produce their own music. I feel that if I really want to pursue it, I’ve gotta try and start making music but the thought of it is really overwhelming to me. It’s different with DJing when you’re just mixing other peoples music based on what you like but when it comes to your music, that’s a representation of you, that’s what you want to sound like, which is quite nerve-racking. These days as well, for things to really work as a DJ, you’ve got to have the whole package, you can’t just be a DJ anymore, so music production is just another thing to add to the list.”

“Yeah I mean if anyone needs any advice, I would say consistency is up there and just like work really hard. With the way things are now, just try to hit as many channels as possible with good, quality, authentic content. Be yourself, be consistent, be authentic and yanno what, I’m quite open so feel free to drop me a message!”