I am pleased to welcome Rowdiboi as my months project radio writing instalment. I was eager to see how the Real Rotation Recordings (RRR) boss and Thump Techno creator has fared through Covid while looking at what the future may hold for him.

First, I would just like to start by asking; how have you been during the pandemic? Do you think that the prolonged period of club closures has changed your style or sound at all? Has this influenced RRR also?

It’s actually done me the world of good. I’m not going to lie. It has helped me have hone my craft. That is all that it’s given me time to do. It has allowed me to make absolute neck breakers (laughs). I mean, it was nice for a while but now its kind of been getting a little bit tedious. I think a lot of people now are sick of it and in terms of RRR there has been a bit of a hold put on things. I have struggled to find inspiration for it which is unfortunate. It’s weird, because different parts of my music have been boosted by the pandemic, but different parts have also been hindered. I don’t even know why but I have lost a bit of inspiration in terms of RRR, but I am sure that it will come back and will undoubtedly be stronger than ever.

Where do you look for inspiration when you are creating music?

Recently I’ve been looking for inspiration from the early 2010s EDM era funnily enough! Which is absolute sin of electronic music apparently, but I’ve been listening to a lot of Skrillex and some mad dubstep that really a techno artist shouldn’t be listening to, but I’ve just been deriving inspiration from it. At the end of the day, it is very well produced music. For instance, I’ve taken some inspiration from that raw dubstep bass. It’s quite powerful and taken from some serious synths you wouldn’t really get in techno. I’ve been listening to some Znzl and NN too which is sort of like cinematic techno and its just great. I’d highly recommend checking them out.

Over the last year though more or less I’ve taken a lot of inspiration from French artists. Primarily people like VCL and Jaess. Then Jan Vercauteren and even Remco Beekwilder are two others who I’ve been really enjoying too.

Has your motivation to make music been affected due to the pandemic? If so, has it been positive or negative?

I mean I guess that it comes, and it goes. I have good weeks and I have bad weeks. One week I could be able to maybe make 3 or 4 tracks and other times I wouldn’t be able to produce for a month or 3 weeks. It’s just really sporadic at the moment. At the beginning of the pandemic, I was banging them out though because I had so much time and all this inspiration in me. This drive and knowing its all going to be back very soon or so I thought. It was very good at the start but now its kind of just fluctuating as we go. Who knows when we’re going to be back? 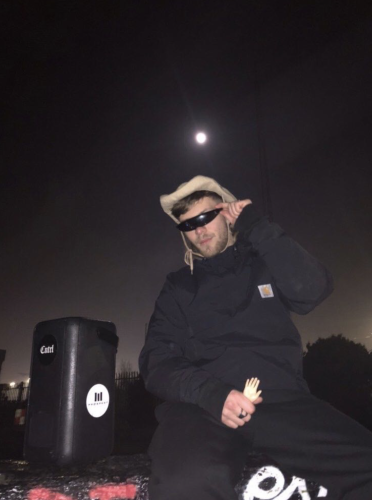 Do you have any future releases (or gigs once Covid allows) that you can tell us anything about?

I have a big release coming with hardestsoft in Berlin. I’m releasing a track with them that Clara Cuve played at hor which is really nice. I’ve also got a label release dropping with Talamh Records which should be dropping soon. Just finalising a few bits and it should be ready to go. Super excited about all the tracks and remixes on that. As well as that, I have a special edits series releasing too which will consist of 4 hard techno tracks ranging from edits of rap to EDM. The idea is to convert some of my favourite non techno tracks into tracks that DJs like myself and others can play and they’re free download too which is quite cool. They’re being released every Friday of July too so keep an eye out!

I’ve also been asked to play my first international gig too which is something I’ve kept relatively quiet. If the event happens and goes ahead providing covid allows it will be my best gig to date for sure. Regarding Thump, it’s going to be back and better than ever. Once the government allows it should be really fun. You can expect to see some open-air parties hopefully or some small capacity gigs if restrictions allow. I’m also looking at doing events with RRR exclusively for artists that are on the label. The idea behind RRR was to have a platform for up-and-coming artists who deserve a bit of game time behind the decks and in front of crowds too.

If you could pick one producer to collaborate with and one DJ to go B2B with, who would they be?

I would have to say I Hate Models for both. Absolutely. He’s one of my favourite producers and I love playing his tracks. Him and Jaess are examples of how French do it the best!

What do you hope to accomplish over the next 5 years?

Oh, the next 5 years will be an interesting one. I don’t see myself in Ireland 5 years from now. I see myself in France, Germany or anywhere on the continent really. I’m going to do a bit of travelling and see which city suits me best eventually after I finish college of course. I’d hope to be running a festival that caters for hard techno or heavy electronic music. I would also like to include other parts of electronic music as well but mainly focus on a harder sound of electronic music. That’s my goal for the next 5 years in having a festival that is renowned for being flawless and that’s what I’ve been doing in college at the moment is event production. I have really been enjoying it. I have found that not only did I have music production as my passion, but I absolutely love running events too. It all began with Thump, I guess. When the events go well, and everyone has had a great time and it creates memories for people which is just brilliant.