With clubs reopened and with wee Nicky allowing live music to return - we are beginning to see new talent! One hidden gem that has been hiding in the granite city is ‘ELANDA’. In my previous article, I discussed how women aren’t often given the same platform as men in the music industry and one woman who is set to change that is ELANDA.

If you haven’t already heard of ELANDA, you’re in for a surprise! Hailing from Zimbabwe ELANDA channels her roots by gelling both electronic and African music and incorporating it into her own melody.

With night life resuming ELANDA is set to soar to success with her energetic persona, fearless attitude, and unique sounds….

See what ELANDA has in store for the future of African electronic music in this interview with Project Radio.

Who is ELANDA? So ELANDA is my alias – and the name is derived from ‘Eland’. I was born in Zimbabwe where families have a totem. My family's totem is called ‘Shava’. Shava is an Eland deer-like animal found commonly in Southern Africa. When I started DJ’ing, I really wanted to do something that is close to home and about my roots because that is what Elanda is all about, Elanda is about showcasing electronic music from Africa.

Do you think African music is influential in today’s music?

I think a lot of the music we have is influenced by African music in general but again you always get stuff that is appropriated and taken away. For example, if you look at Disclosures Energy, they had some tracks that were inspired by African rhythms, melodies and percussive. What I liked most about it is that they gave credit to it, and you can really see the flavour in the album.

For me, I found that people always enjoy the sound – so I thought why not give them the full sample of it because everyone is always vibing and dancing to it!

It is both interesting and amazing that you’ve been able to take traditional African music and electronify it to and incorporate it into your music?

I guess it makes sense because ‘ELANDA’ is afro inspired, but I also grew up in Birmingham and Fife so  I like a lot of other stuff that isn’t just afro electronic music. It brings me closer to my roots when I can showcase African music to other people.

When I finally decided that I wanted to be a musician – It felt like it was a calling from my ancestors telling me to follow my path! 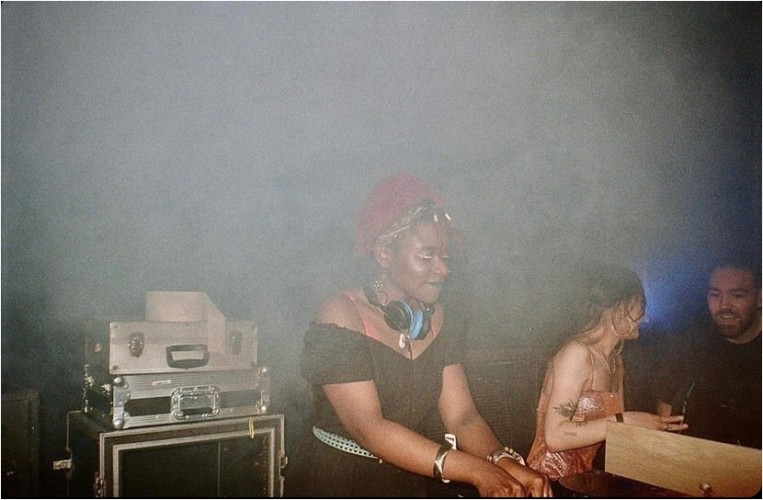 I love that! So, how did you originally get into mixing?

The first time I ever properly DJ’d was last year in December. I went to one of my friends’ houses and there was 8 of us and they had decks – I had really wanted to get a pair of decks for Christmas too! Mainly because earlier last year I had a conversation with my friend about what I wanted to when I finished uni because I knew that I didn’t want to do forensic because I knew it wasn’t for me. I say that now, but who knows things may change.

From then on, I decided that I wanted to do music – so from that point on I decided by the following year I wanted to at least have my foot in the music industry. Honestly, I had and still no idea how it was or is going to happen but its kind of just manifested and is unfolding that way!

This year in January, I used the cash I got for Christmas, to buy decks and I got asked by a friend to do a mix for Grampian Hospitals Art Trust. Shortly after, I began doing monthly mixes on Check Your Aeriel Community radio - So, you could say that is how I eventually got into DJ’ing.

Do you think there is a lot of opportunities in Aberdeen for DJ’s?

That is a difficult one to answer because for me, I have had lots of opportunities – but you get other people who have been DJ’ing for months and don’t get the same opportunities as I’ve had. I have my close friends to thank such as mod-r/ David Henderson and ZEMA/Molly Black who have been guiding and helping me through this journey.

I had only been DJ’ing for about 3 months or so when Cultivate had asked me to play on the Sunday, and then Bohemia! From then, opportunities began to open for me.

The thing is I don’t know if these opportunities opened for me because maybe there is always this need to fill in this quota of a black female artist kind of thing. But a positive way to look at that is that it is still an opportunity for me to showcase what I want to, when I want to, whether it’s I’m filling the quota or not – I am still doing something!

Do you think there is a lack of diversity in the music industry in terms of black females in the industry?

No, because on my feed on Instagram I surround myself with those kinds of people because we live in our own echo chamber it is what I want to see and what I want to interact with. But also, yes - there is a lack of diversity because a lot of the time line-ups have just guys, and we shouldn’t have to shout out “hey can we have a bit more balance”. It’s insulting.

Do you think being a female in the industry has benefitted you in anyway?

Again, yes and no.

Like I said a lot of promoters may be interested in filling in this quota of ‘females’ because they don’t want to be seen as being sexist. Yet again, it is a negative, but it can be seen as beneficial because at the end of the day you’re helping me – turn a bad situation into a good one! It also forces you to have actual talent because your standards as a women given by society are always high. It’s better to be known for talent than hype.

So, you previously said you’d started DJ’ing earlier in the year – that must have been during Covid – did you find that lockdowns benefitted you and allowed you to grow?

Again, this might be coming from a privilege point of view because I was very lucky to not have been affected as negatively as other people have been. First, of all I didn’t have to be in uni all the time and I was at home most of the time and I had that time to DJ.

What made it fun as well as me and my friends had mixing nights, where we would just chill and mix and learn from other people and see how they style their mixes and how theirs can incorporate with yours.

I became a bit insecure at this time because I realised a lot of people played high BPM stuff and I thought I had to do that too. But I realised the music that I play (even though it isn’t high BPM all the time) still has a lot of energy – and that is what I am about. Things don’t always have to be really fast and hard – it can be at a decent pace, and you can still dance with the same energy. Through those insecurities, I gave myself the space and time to explore different genres to mix outside my comfort zone such as footwork, uk garage, drum and base, dub step. I'm happy that this happened because they are some of my favourite genres to mix now. 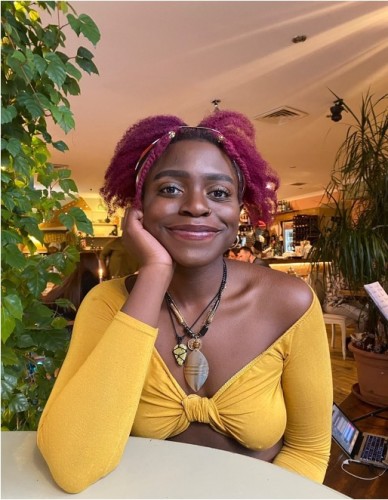 What is next for ELANDA?

ELANDA recently got offered a new on a show on Clyde Built Radio starting on 24th September 4pm-5pm  – so that is exciting! ELANDA and k.o.p.i o/Helena are also opening for ‘Mollys Gaff’ at RARE on the 30th of September! We’ve got Cultivate the weekend before on the 26th of September.

I do have some new music; I am in the middle of producing an EP. Date TBC. I have a Rhianna Edit that I want to release. I am thinking about just releasing it before Cultivate on 22nd of September because it is finished and mixed, it needs mastering.

What will we expect on Elanda’s EP?

Honestly, the best way I can describe is dark, melodic, and percussive driven ‘ADHD’ music.  There is quite a lot of different stuff and various stuff on it.

It has been lovely finding out about Elanda – Do you have any advice for people who want to get into music but might be nervous and unsure of how to go about it?

Just. Do. It. The world is literally on fire. What do you have to lose? don

Do not pay attention to what others are doing because you may have different paths. Don’t feed the monster of perfectionism which can paralyse you. Make space for mistakes. I understand you can learn from other people but don’t forget who you are. Trust your intuition, stay true and be kind to yourself.

I’d rather be a neurotic prisoner than a robotic slave.

I’m in a rave where I resonate.

Not on a wave where I am out of phase.

You can see what sweet sounds Elanda is making here.

Catch her on the Sunday at Cultivate – tickets are still available here.