Now that the dust has settled, it seems only fitting that we talk about last weekend. There is no doubt in my mind that on the morning of Friday 3rd, pres across Glasgow tingled with an energy that hadn’t been present for far too long, a cocktail ofanticipation, nervousness, and sheer excitement. And rightfully so: as the billing did not let us forget, this was it, we had made it – Riverside, Scotland’s first festival back.

Glorious sunshine provided a beaming spotlight on a rejigged stage layout. The familiar Square Stage stood proudly, the first sight to greet the sore eyes of revellers soon here to replace the usual suspects found outside the Transport Museum for the next few days; the iconic Tall Ship with its delightful criss-cross of wood and wire acting as a backdrop to the Waterside Stage; and between the two, nestled amongst the skate installation, the Satellite Stage waiting patiently to welcome some of the finest local talent on offer to the party. 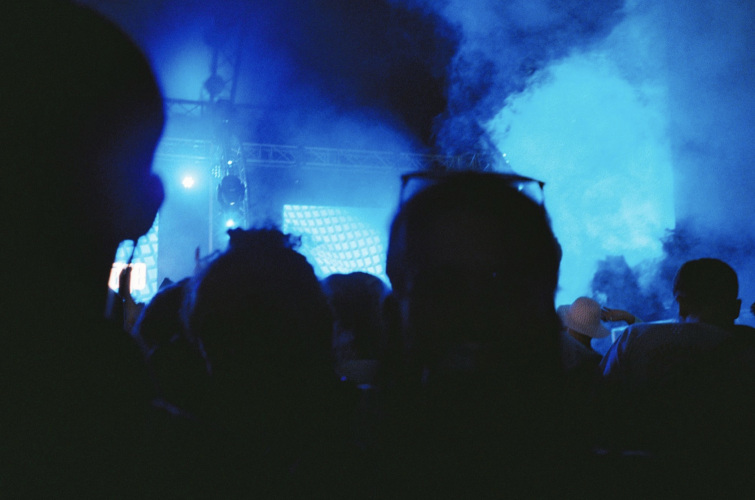 There is nothing quite like the camaraderie of a music festival, and joining the swathes of sunglasses, bucket hats and neondescending on the Clyde today, whilst the bass thudded from the other side of the fence, was no different. It was obvious from the get-go that everyone was of the same mind: everywhere you looked there were smiles on faces and the electric buzz of happy chatter was ubiquitous.

Our own Friday experience revolved largely around the Square Stage, and was kicked off by a selection of stompers typical of an Eclair Fifi set. Knees still warming up throughBen UFO, we were then treated to a masterclass live performance from Floating Points, before Jamie xx provided a cathartic, colourful end to the night – albeit with a scurriedinterlude halfway through to catch Hunee tearing up the Waterfront.

The Broadcast basement then played host to an unofficial afterparty immediately after – another venue with a redesigned layout, and all the better for it. A line up curated and headed up by Poly 800 (Octotrax), and held up by regular table turners Lowree (Hijack) and Eskwire ensured that a packed venue kept sweating and shuffling into the early hours of Saturday morning. Also making his club debut on this bill was Monoot, who could have suffered a baptism by fire in that this Riverside afters was his first foray into an hour at adungeon’s booth. His selection of self-described “fun belters”, however, saw to it that the crowd almost registered on the Richter scale – and he seemingly did not break a sweat himself. 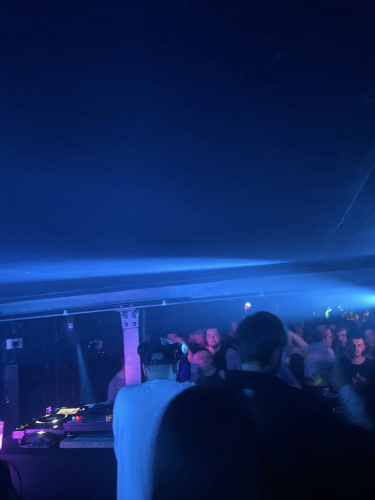 Not being as young as I once was, the plan had only been to attend the Friday, but there was no chance I was leaving it at that. A multi-day ticket gifted to me failed to scan in, however a legend of a steward took it upon himself to hand me a wristband anyway; a prime indicator that it was everyone, not just the punters, who were buzzing to be there. Kettama, Maya Jane Coles and Mella Dee kept the Clyde moving and shaking throughout the afternoon, soothing the hit of long queues for overpriced pints and seltzers. The Saturday itself seemed buoyed by the successes of the previous day, despite there still being an air of surrealism to it all – though that maysimply have been down to catching Skream stoating about the grounds with a football top on and grin splayed across his face, before he demolished the Square Stage with some impromptu assistance from Jackmaster. 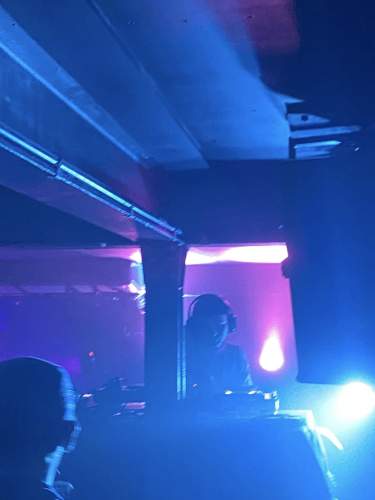