With Aberdeen being a small place, there isn’t much to do when the clubs shut at 3. We’ve all been those clubbers that linger outside the club pestering your mates to have you back for just a couple more. FiveThirty King Street was the answer to all these problems. With the house being sandwiched between a doctor’s surgery and a social care home, it meant next door was vacant until the early hours. A legendary afterparty house was born, and word spread like wildfire. The atmosphere in the living room would be only something you had to experience to understand, a wall of speakers over 6ft tall and a sound system that was strong enough to leave your ears ringing for days after. They’d host all sorts of exclusive parties which would be sign-ups and tickets only. The three-story house was arguably one of the most renowned after party venues in Scotland, with people hearing about it from all over the country before witnessing it for themselves. Artists came from far and wide such as George Fitzgerald, Jackmaster, Darius Syrossian and Big Miz, additionally gaining recognition from the popular magazine ‘VICE’.

Rory Masson, the head honcho of the house, and Tee Curran, a resident of three years at 530, gave us the rundown of what it was like to live and throw parties occupying hundreds of people in their own home.

When did you host the first 530 party?

We moved there in 2012, six of us from student halls and we hosted our first party in freshers. It was completely different to the later years, shit speakers and not that many people compared to what it eventually turned into.

How and when did you decide to move the party to Tunnels?

We launched the FiveThirty club night in 2015, so three years of throwing parties and just wrecking the house. Some parties we would have 300 people there and it got me thinking “why are we wrecking the house and paying for people to have a good time in my place where things are getting smashed up, whereas we could actually turn this into something more, and take it out of the house to put a night together?” I think the first one was sold out, so it just went from there really. I’m not saying that it stopped us from doing parties in the house, I think it just got bigger from then on. People almost expected every time we did a FiveThirty night at Tunnels there had to be an after party which probably pissed off a lot of my flatmates.

Who was your favourite booking?

Rory:    People that played at the house kind of just turned up, Denis Sulta was booked by ‘Nothing More to Say’ but he still came to the after party to play and hang out. My favourite was probably Fatima Yamaha, that was probably the biggest person we booked and was right at the height of when he released his album and ‘What’s a Girl to do?’ was absolutely huge. He is like the soundest guy in the world.

Tee:     John Talabot, that was a great night. But Daniel Bortz, we booked him for tunnels that night and he came back to the house. Rory had gone to bed and I was upstairs chatting to Daniel, so no one was keeping an eye on the door. I am not joking when I say it took me about 10 minutes to get from my room on the top floor to the front door. There was easy 400 people in the house, garden and folk from every club in Aberdeen had turned up.

What was your favourite party at 530?

It’s quite easy actually, it’s the last one we ever did. It was May 2017 and we put so much effort into it, basically cost thousands of pounds. We sold 250-300 tickets, bought 30 tapestries to hang in the living room and two big marquees in the garden and a massive Soundsystem. The whole garden was full of people.

At what point did you realise you had this legendary after party house?

Tee:     To be honest, it’s only the past couple of years that I’ve started to realise that this house was mental. I’ve been asked a few times about this, but yeah at the time when you’re living in the moment you don’t really think about living in a house that has bouncers on the front door.

Rory:    Yeah, probably around the point that we had to get bouncers on the door. That was the best thing we ever did. It got to the point where every Friday and Saturday people would turn up at our door regardless if we were having a party or not. So, we got the Tunnels bouncers to come down and we paid them after their shift, they stood at the door and there would be a queue down the street of people trying to get in so we could just leave them to it so we could go and DJ and hang out.

What was your favourite memory from 530?

Rory:    There’s so many. I guess Bicep playing in the living room was pretty ridiculous. We booked them for Tunnels, and they came back and played.

Tee:     I think my most surreal memory was when Denis Sulta came back.

Rory:    Also, when me and Tee had a joint birthday, we had a massive all day and night party with a bouncy castle in the garden that everyone was just piling on. I remember the woman in the morning came to collect it, she turned up at 9am to pick it up and it was ruined. I could hear her shouting at Tee and I was not getting up. He was still up so he had to deal with it. We didn’t get the deposit back anyway.

FiveThirty will always leave its trademark on Aberdeen nightlife culture and has hosted the best and most memorable night for the people of Aberdeen. It has most certainly set the bar high for what’s yet to come. 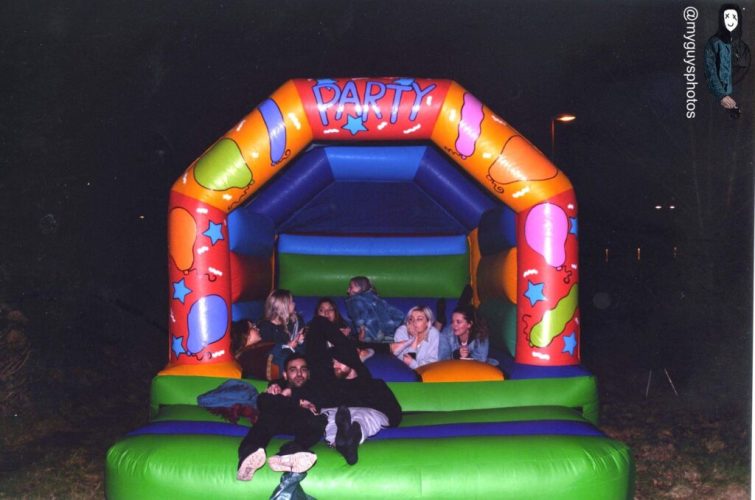