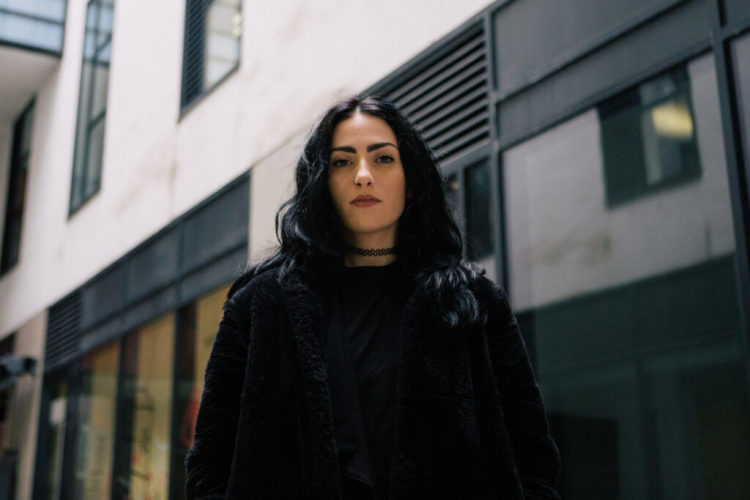 For over a year now, the world has been restricted by lockdowns that have left the dance scene stagnant; This has left many looking back on the nights out they took for granted as they cling hope with the full easing of lockdowns on the magical date of June 21st, 2020 (Don’t jinx it!). Joining us this week for a chat is Holly Lester, as we talk to her about looking back just over a year ago and what she has planned in store for the future.

What was the last gig you played before the Pandemic and how do you feel now looking back on it?

My last gig was with the Nite School crew in Manchester (alongside the fantastic Route 8) on March 8th 2020, so I'm feeling a little misty eyed about it right now. Although we didn't know it at the time, we definitely went out with a bang. The four guys who run it are absolute characters and loads of fun. It was their 2nd birthday, so there was cake involved and things got a little messy, quite literally. Loads of pals, great tunes and a gigantic cake - there isn't much more you could ask for really.

I think my favourite gig to date was playing for Marlon Hoffstadt's party Savour the Moment at Wilde Renate. It was a 36-hour long Easter rave in 2019 and my first time playing Berlin, so I was of course completely buzzed. For anyone who hasn't been before, Wilde Renate can best be described as a trippy Alice in Wonderland style house filled with small rooms that have been turned into dancefloors.

I played pretty early in the morning, but it was going off for the entire three hours of my set. By some nice coincidence, I had my friend Anna Wall playing before me in the same room, as well as friends who lived in the city who came down to party and pals who just happened to be in Berlin that weekend that came down too.  It was so nice to look out into the crowd and see so many familiar faces. Things got pretty rowdy and I just remember feeling very in sync with the crowd's energy - it was a perfect example really of how intimate club spaces work better for that symbiotic connection between the DJ and the crowd.

So you started your own record label (Duality Trax), tell me about that - What was the reason for that, how is it going, any releases coming in the near future? Was there any distinct song that you heard before and thought "That's the exact sound I'm looking for and want to orientate around?"

Duality Trax was born out of the need to strike some balance in the industry between genders. For a long time now, dance music has been debating the lack of representation with non-male producers in the industry, and rightly so, but I felt that not a lot was physically being done about it when it came to record labels.

I had wanted to start a record label for a very long time, but I guess I was just waiting for the right moment and the right idea. There had to be a cause and a personal reason that mattered to me, and as a female in the industry this felt like the right reason to start a label. Each release is balanced in some way gender-wise and this idea is based on the concept of duality, where two opposing forces exist in the same space to create a bigger and better whole. There is also a sense of duality with the music too; I like the tracks on the B side to be a little more explorative in terms of genre than the A side, whichare definitely geared towards more bigger club sounds.

How do you feel about the idea of the DJ industry being considered predominantly male?

Things are slowly catching up on the DJ front but I think there's a while to go yet in terms of production. There are probably many reasons for this which could be debated all day, but I think a large part of it comes from lack of confidence and imposter syndrome. I'm hoping at one point I can help to get more females involved in production through collaborative projects with the label.

Who are some of your favourite producers / DJs currently?

I adore Eris Drew and Octo Octa at the moment, and just love everything about their energy and dynamic. Maya's recent RA mix has been on repeat recently (I also wanna shout out Fio Fa, New Members, Dylan Forbes, Small Bear, MATHESON and Dufi - all Irish and all firm favs for the past while!)

What are you doing to keep busy these days, anything new etc?

Speaking of imposter syndrome, I'm currently trying to learn some new hardware that I recently purchased - namely a Behringer TD3 and a Roland TR8. It's definitely made messing around in the studio a lot more fun and creative.

Asides from this, I have been super busy with getting the second release ready for Duality Trax. The pre-sales have literally just gone on sale after what has felt like a lifetime of pressing plant delays. I'm releasing an EP by a guy called Cromie based in L.A - genuinely one of my favourite producers out there in recent years - with a remix from rRoxymore on the B side. I'm so happy with how the release has turned out, so yeah, cheeky plug there to go check it out!

I'm also currently in the process of locking down EPs three, four and five for Duality Trax, which is very exciting. The recent work on the second release has definitely given me back some of the drive that was lost during 2020. It was undeniably a very tough year for me but looking forward to brighter days and releasing more great records.