The past 18 months has been like a reoccurring nightmare that never ends, especially for those of us who rely on going clubbing every weekend. Last Sunday at midnight, we saw countdowns occur all over England as people queued for miles to experience that one thing they’ve been craving for over a year, clubs. We have witnessed the government severely neglect the industry, mass protests across the capital, and a community come together to support each other.

I told myself I wasn’t going to write any more articles about COVID, purely down to the fact that everyone is sick of hearing about it, but I found it near enough impossible when I saw the scenes of ‘Freedom Day’ in England.

As many people argued the consequences of opening the clubs, or Freedom Day in general, I found myself torn as to how I would react if I was given the opportunity to enter the doors of a club tonight. For the whole duration of the pandemic, I have visualised my first night back in my favourite club; who would be playing, who I’d be with, what I’d wear and how I’d feel. With this day slowly approaching in Scotland and gradually becoming that little bit closer to touching distance, I can’t help but visualise the clubs being the victim of the government once more with the blame finger pointed directly at us. Therefore, everyone must play their part to keep their friends, clubs, performers, promoters and the industry safe.

I thought, since I have not yet been back to a club myself, I would ask someone who has. Meg Ward, who has had a flourishing year in her career despite COVID, was joined by Elliot Adamson playing b2b, at Patrick Topping’s event at Digital Newcastle. All proceeds of the event were donated to Macmillan Cancer, Newcastle Women’s Aid, and Wallsend Memorial Hall & People’s Centre with a total of £24,000 raised for the 3 charities.

Videos posted by those in attendance showed a blissfully chaotic atmosphere that was enough to spark jealousy within anyone. Meg Ward told me all about her first night back doing what she does best. 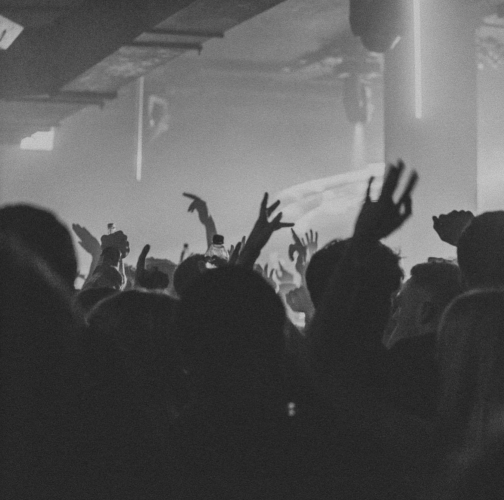 What was it like playing to a club again after so long?

So good, it felt like a dream the whole time. I didn’t realise how weird it’d feel until I got there and saw the massive queue to get in and everyone cheering.

Were you nervous to play?

Very anxious until I played the first few songs. Was also really nervous in terms of covid, so I didn’t really go into the crowd even though I’m double jabbed. I was too scared to catch it and not be able to perform.

Was liiiive. Everyone was so up for it and ready to party and dance and hug people.

Was it different to before covid and was there any apprehension?

There was deffo a different feeling in the air. Rather overwhelming. I feel like everyone felt a bit surreal. There was definitely apprehension, I was worried the whole time as I didn’t know how to feel about it.

What was the best reaction to a tune?

I played a push the button edit and it went OFF haha, everyone loved it, was singing and everything.

What words of wisdom would you give to those going out clubbing just now?

Take a lateral flow test before every event. Keep those clubs open by stopping the spread. Get vaccinated. Have fun and show love to the performers, make people’s day by telling people how much they enjoyed the night. Bring up the morales, stay positive and show love to everyone. All about the positivity in this timez. Give people the escape they’ve been missing all this time.

Following the announcement today from the Scottish Government, clubs will be permitted to open their doors once again after a painful wait next Monday. Although, it remains unclear wether there will be continued restrictions on wearing a mask in the club. With the guidance yet to be finalised and updated, we can still enjoy the thought of entering our favourite venue in just six days time. Where will you be heading?