From work to play, Liam Smith filters passion into everything he does. Working for an electronic music magazine, managing a label, and even DJing himself, Liam is one of the lucky ones, who is able to combine what he loves with his day to day job. From how he landed a job with DJ Mag, one of the biggest platforms for electronic music, to taking full advantage of the free time during lockdown, Liam discusses how showing persistence, (with a little bit of luck) got him to where he is now.

Liam began working for a small film production company alongside his studies, and, on the off chance, got chatting to a woman at a film festival , or as he describes, chewing her ear off about techno for an hour. It turned out that she worked for DJ Mag, and hooked Liam up with an internship. “It stemmed from taking on a pretty shitty job at uni, that my mates turned their nose up at, to then having my foot in the door at DJ Mag. I was getting asked a day in advance if I wanted to do filming in Ibiza, or festivals like Tomorrowland. After saying yes to everything for about 8 months as a freelancer, it eventually became a full time job. Although hectic at times, it is always enjoyable.”

Liam’s official title with DJ Mag is video producer and social media channel manager, and one of his favourite projects he has worked on is the Crate Diggin’ project. "It was great to see my idea come to life and I got to do it with some of my favourite artists, like Folamour, Sally C, Bloody Mary, Anastasia Kristensen, in places like Lyon, Berlin, Barcelona,. The opportunities I have been given whilst working there have been mad. I don’t come from a privileged background, my first trip abroad was when I took myself off to Rome, with my savings, that was it. Then working for DJ Mag, it's like you’re going to go to Thailand, you’re going to go to Argentina, there and then. I’d always book myself an extra few days there because I thought when am I ever going to have the opportunity to do this again..”

Alongside the day job Liam runs his own independent label named Midnight People, born a week before we went into a national lockdown. The name came from something that Liam experienced personally, in his hometown Kingston Upon Thames. “Midnight people are those who get the midnight train. And you’re either getting that to go home, or you get that to go out for the night. So you’d be on the train and you’d look around and you can tell the people who are going home, and you can see the people who are about to go out and have it for the weekend. And I thought to myself, these are midnight people and I love it.”

The label features the likes of PADDY, REES andTheo Kottis to name a few,  and has strong plans for the future, hoping to establish the labels sound within the UK, as Liam describes it “The sound is very  Berlin, it’s big in Russia / Tel Aviv but there’s not much of it in the UK. And there is a bit of a scene for it.” 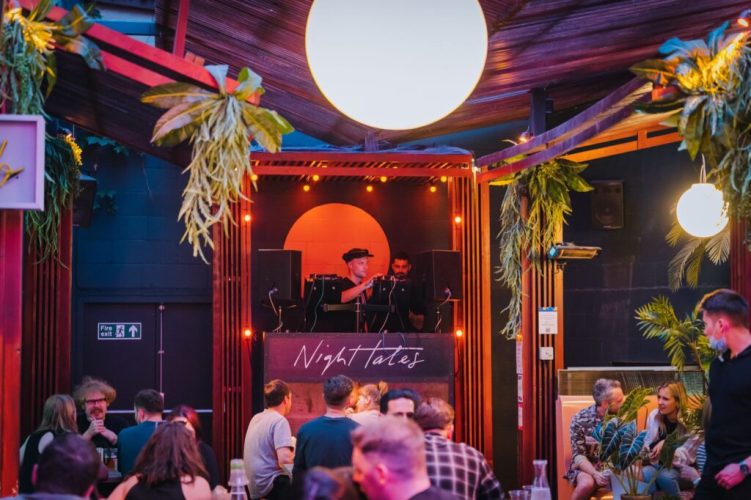 As well as releasing music, the label hosts events in and around London, with a recent room takeover at The Cause in Tottenham. Liam has also been in discussion with REES at Paradiso records about hosting workshops for people of colour, female identifying, and non binary to try and encourage more marginalised groups to get into the sound.

“The personal goal for me is to be more diverse with the label curation, both with our releases and our events. It’s easy for things like this to get away from you when forming a line up or signing releases, but in reality there shouldn’t be an excuse”

Being a videographer and the majority of your work being in clubs and at events, you’re sure to have some interesting experiences and stories. One in particular that sprung to mind for Liam was with Erol Alkan. “His set at Printworks for BuggedOut sticks in my mind, at the beginning he asked for all the lights to be turned off, and I had to say to him we’re gonna have to put the lights on as I can't see anything to film, and he was saying no no...lights stay off. For two minutes, it was pitch black whilst he was playing a real chugger of a tune. All of a sudden, these red lights came on and took over the room. He later said I like to have the lights off at the beginning of my sets to ‘reset the room’, and interestingly he didn’t follow the first track with anything similar. I went away from that and became an Erol superfan.”

Drawing inspiration from Erol Alkan and Jamie XX, heavy influences on Liam’s music preferences and DJing come from indie music. Recently, after forming a mix named ‘Don’t play indie at the afters’, Liam has started a regular show on Voices Radio, selecting tunes from the many gigs he attended in Kingston at Banquet Records. It was a record shop that would host bands such as Two Door Cinema Club, Foals and Bombay Bicycle Club, with a cheap vinyl included with each ticket bought.

Filtering passion into his everyday work, Liam approaches DJing with the same concept. “I think its so important to play music for yourself, rather than just for other people. As long as you’re playing music you enjoy, people will gravitate towards you.”